How does a professional horse race take place ?

Professional horseracing has become a very popular game, especially among bettors. But before you try your hand at turf, do you know what the different types of races are? And what are the rules that govern the running of a horse race?

The rules of gallop racing

Also known as a flat race, the gallop race is a race where horses compete on a track, and it is the horse that first crosses the finish line (the finish post) by galloping that wins the race. In this type of professional race, the number one horse has the advantage of having a better place than its competitors on the starting line.

If the number one horse is therefore at an advantage, the horse that won the previous race will be at a disadvantage by having to carry extra weight. The aim is, according to the rules of horseracing, to have a fair race.

As far as the length of the tracks is concerned, horses may be obliged to run between 900 and 4,000 metres depending on the type of race. However, classic races generally do not exceed 2,400 metres.

The rules of trotting racing

The trot refers to a particular gait of the horse between walk and gallop. Thus, in a trot race, the horse is not allowed to gallop, i.e. to project its front legs forward and the other two legs backward at the same time, at the risk of being disqualified.

There are also other types of faults that cause disqualification, such as trapping and horse pacing, which are called irregular strides. The former refers to trotting with the front legs and galloping with the back legs, while the latter refers to the opposite of this. It should be noted, however, that according to the rules of horseracing, the horse is allowed a maximum of 12 irregular strides at the start and 10 more during the course of the race, without being eliminated.

Finally, be aware that there are two types of trotting races, namely mounted trotting and harness trotting. The latter requires the jockey to ride in a two-wheeled cart pulled by the horse instead of directly on the horse.

In horse betting, it is not advisable to play with money you cannot afford to lose. It is important to think carefully before you start, to avoid complex bets if you have to, and to manage your capital well as you go along.

In the same category
Order online and enjoy a wide selection of equestrian related products
What are the components of a good horse saddle? 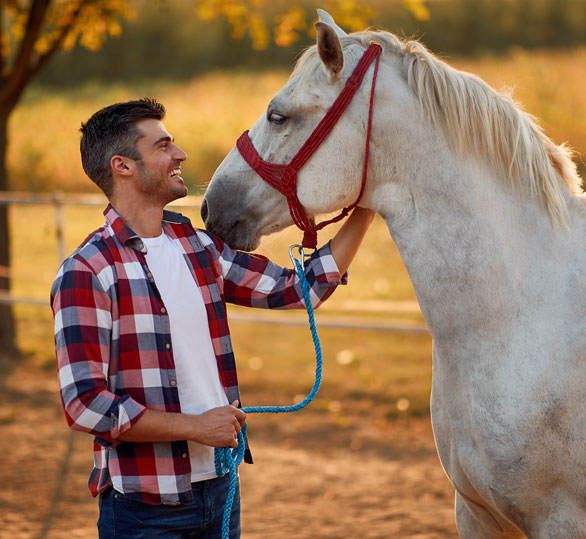